Do we really need apostrophes? 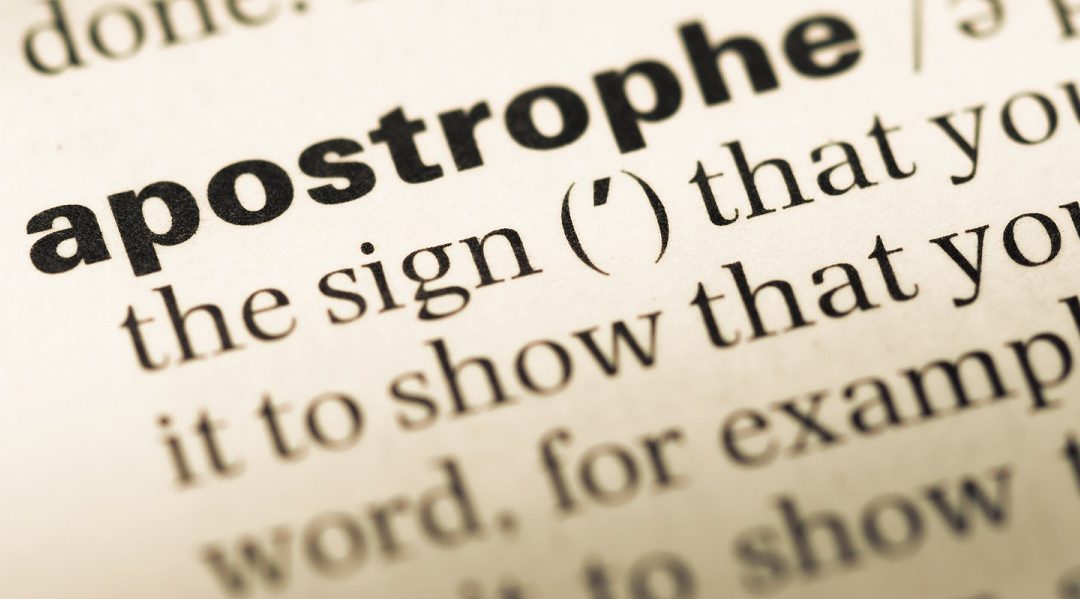 Although the apostrophe (‘) may seem like an insignificant little mark on the page, misuse of the apostrophe can lead to confusion and misunderstanding. By misplacing the apostrophe, you could end up writing something completely different from what you intended.  So it’s important to get it right

The apostrophe has two purposes. The first is to show ownership; the second is to indicate the omission of letters (known as contraction). Unfortunately, the grammar checker in Microsoft Word can’t always determine the correct placement of the apostrophe. It’s up to you to:

1. Work out whether you’re indicating ownership
2. Decide whether you wish to use a contraction.

It’s versus its. This pesky little word is an exception to the ownership rule. When an apostrophe is used in the word it’s (contraction) it always means ‘it is’. An apostrophe is never used with its to show ownership. For example, ‘it’s back’ means something has come back (it is back) but ‘its back’ refers to the back of something.

The apostrophe to show ownership is a useful shortcut that takes the place of the word ‘of’; for example, ‘The report of the manager’. To me, this sentence construction sounds wordy and cumbersome so I will choose the apostrophe to show ownership and write ‘The manager’s report.’ Contractions are useful when we want to adopt a less formal and more conversational tone in our writing.

Perhaps one day the apostrophe will become obsolete. When used correctly, it still gets my vote as a useful writing tool that can effectively and efficiently add another layer of meaning.

Have a question about grammar, punctuation or sentences? As a Concise Writing subscriber, you can e-mail your grammar query to us and we’ll send you a personalised response. Subscribe Now