Getting your business writing active 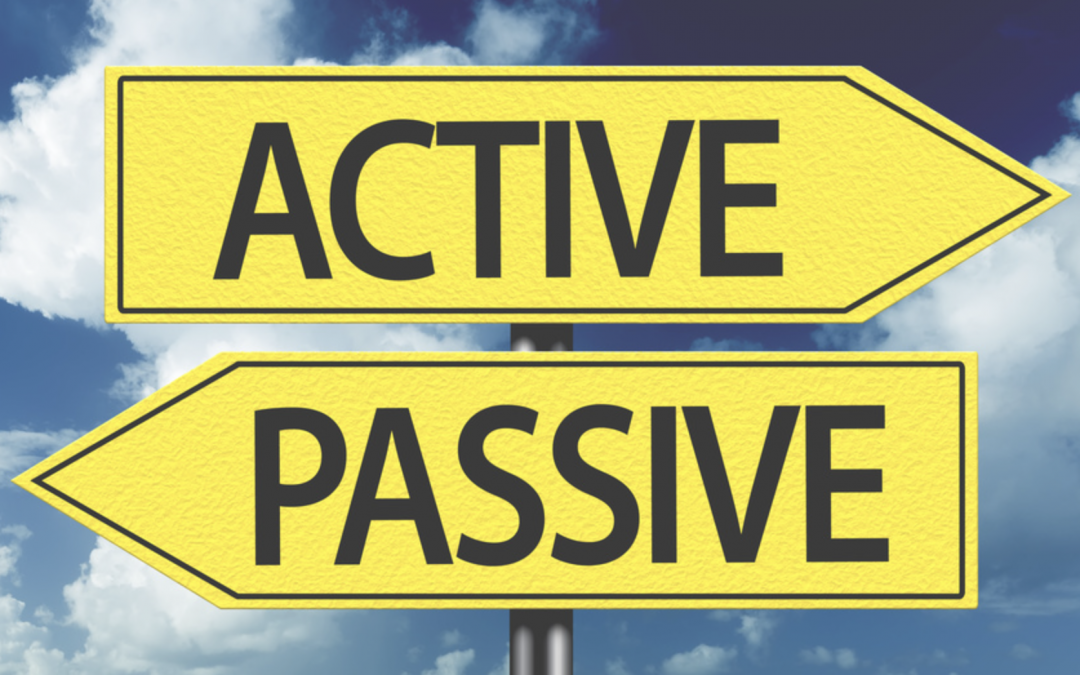 If you’ve ever done a grammar check, you may have been mystified the term ‘passive voice’ that keeps popping up. Have you made an error? What exactly does passive voice mean?

The Director [subject] must review [verb] the policy [object] annually.

In passive voice, this order is flipped around and the object goes to the subject position at the beginning of the sentence; for example:

Traditionally, many workplace communications were written with a high percentage of passive voice giving them a bureaucratic and impersonal style and tone. To make your writing sound fresh and contemporary, limit passive voice in your communication to less than 20%.

The first step in learning how to write in active voice is to be able to identify when a sentence is in passive voice. There are several clues to look for.

Is the subject of the sentence driving the action?

If the sentence does not follow the subject-verb-object order, it is in passive voice.

2.    Check whether the subject is missing from the sentence.

In passive voice, the subject is sometimes omitted altogether; for example:

Ask yourself, ‘Who must review the policy?’ If the answer is ‘I don’t know’, the sentence is in passive voice.

3. Check whether the sentence contains a form of ‘to be’ followed by a verb in past tense.

The verb ‘to be’ is made up of the following words: is, are, am, was, were, has been, have been, had been, will be, will have been, being; for example:

The policy has been [form of ‘to be’] approved [verb] by the Director.

Although most verbs in the past tense end in ‘-ed’, not all do; for example:

The staff are paid [past tense of ‘to pay’] each fortnight.

For example, ‘It was agreed’, ‘It was recommended’, ‘It is considered’.

Aim to use active voice 80% or more of the time. There are times, however, when passive voice is a better choice, or could be your only choice. You may not know what the subject of the sentence is, or you may wish to save someone face; for example:

Several test tubes were broken in the laboratory.

Perhaps you don’t know how the test tubes broke. Even if you know the person who broke them, is it necessary to point the finger?

In my experience as a writing consultant, I have found that most people construct active and passive voice grammatically correctly, even though they are often not aware of which voice they have used. Taking control of your writing and making a conscious choice about which voice to use will have a big impact on the style and tone, as well as clarity, of your communication.