Pavlova: how a friendly rivalry unites us 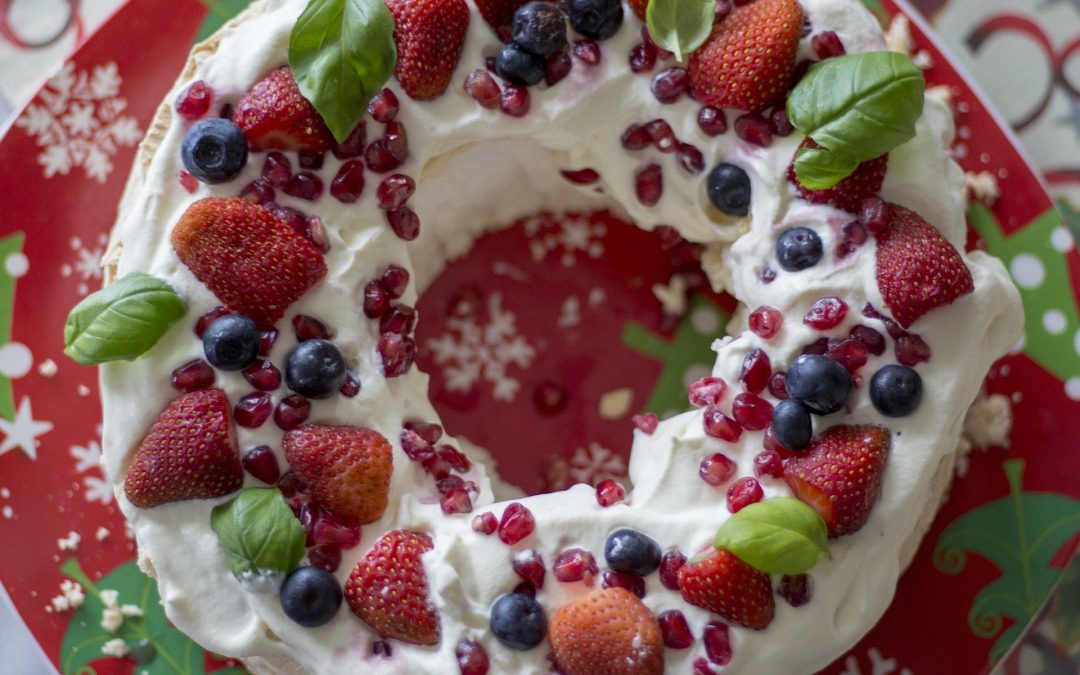 If you’re planning to spend Christmas Day in the sweltering heat of an Australian summer, you could well be hanging out for a plate piled high with pavlova. Until recently, I had always thought of pavlova – a sweet dish with a fluffy meringue shell and topped with cream and fruit – as the quintessential Australian dessert. I recently discovered that New Zealand also claims it as its own.

The dessert was named after the famous Russian ballerina, Anna Pavlova (1881–1931) who toured both countries in the 1920s. In Australia, the chef Herbert Sachse is said to have created the pavlova at Perth’s Esplanade Hotel in 1935. Sachse set out to create a sweet dish that would have ‘a crunchy top and would cut like a marshmallow’ (Women’s Weekly interview, 1973). The name came from a comment made by the hotel’s house manager, Harry Nairn, who is said to have described Sachse’s dessert ‘as light as Pavlova’.

New Zealanders, who also lay claim to the pavlova, say the dessert originated at a Wellington Hotel when an unknown chef is said to have invented the pavlova during Anna Pavlova’s 1926 tour of New Zealand. Emeritus Professor Helen Leach, a New Zealander who specialises in food anthropology at the University of Otago, found that in 1929, a recipe for a large meringue cake named after the ballerina appeared in the regional publication Dairy Farmer’s Annual.

It doesn’t end there and the pavlova war between Australia and New Zealand continues. Given that recipes and dishes evolve rather than are ‘invented’, pavlova researchers Dr Andrew Paul Wood (New Zealand) and Annabelle Utrecht (Australia), have found the dessert may well date back much further to the 1850s. A similar dessert was popular in France during the Napoleonic wars in the 1800s and made its way to Britain, Russia and North America. The German shaum torte (foam cake) came to Australia in the lead-up to World War II with the large influx of German immigrants.

Although referred to as the pavlova ‘wars’, this unusual culinary competition is generally a good-spirited one which brings us closer together with our neighbours across the Tasman. Whether you’re celebrating with yule log, Stollen, pannetone, rabanadas, grøt or other delicious dessert, Concise Writing Consultancy wishes you peace and joy this holiday season. Wherever you are in the world.

Do you love words? To receive our monthly newsletter with writing and grammar tips and the origins of words, join our mailing list at www.concisewriting.com.au or call us on 02 9238 6638.